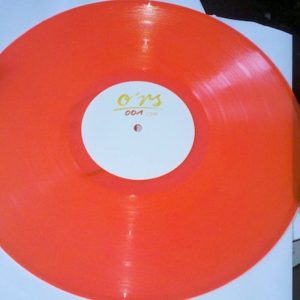 This is the third release brought to you by Leipzig's vinyl imprint O*RS. 1700 featured two exclusive tracks and two vinyl re-issues. The A-side comes deep. First with a remix of "Keepin' Me" by Tricus & Vitez from Berlin. They took this soul jam from Sterotyp stripped it down and got it back together to a warm summerly house-storm. Second is the down-pitched "True!" which brings the two old hands Ron Deacon and Filburt the first time together behind an 808.
On the B-side comes Good Guy Mikesh & Filburt with their remix for Savile & Olin, previously released digital on Wazi Wazi. Now on vinyl and dancefloor approved by Soul Clap and Daniel Bortz.
"Never Gonna Leave You" by M.ono & Luvless of Rose Records completes this release and shows you: Disco needs no filter!. 1700 is limited to 300 copies and comes on hand numbered orange vinyl.
Format: vinyl
Cat. Number: O*RS 1700
Release: 12.04.2012