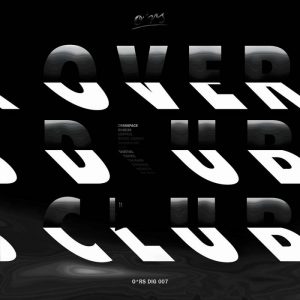 By now the Leipzig based OverDubClub got fixed in the heads of instrumental music lovers in Germany outside the city boundaries. The concept and the unique sound of a beatmaker roundtable which focuses not just on each participant´s productions, but also on the jam character, shows through diversity and individuality what is possible when making music collaboratively.
Already since 2012 local DJs and producers regularly meet at the legendary Distillery with analog and digital instrumentation to combine various sounds and genres in live freestyle sessions. By doing so they accompany the listener through the full range of what is viable in music.
It´s time to send a snapshot around the world of the momentary spontaneity that is characteristic for the OverDubClub sessions. Not on instagram, but on vinyl! There is a crowdfunding project to support this singular syndicate of virtuoso beat makers, to make it possible to cut a record of this piece of instrumental music history.
A and B side consisting of the contributor´s own tracks CRSSSPACE, DUDE26, RUFUS GRIMES, IAMPAUL, CUKI, SCHMEICHEL, RANKO, DUKTUS, SYNTHIKAT, CALIGARI, MR.BEEF, DEFEKTO, DERBYSTARR and FREE-KEE who free themselves from genre conventions. The sound of the album ranges from lo-fi instrumental hip-hop, house and broken beat to cloud and post-dubstep. The beat scene in Leipzig appears multifacetted as never before.
In addition C- and D-side display the project´s uniqueness by presenting live recordings of all kinds of shows by the OverDubClub residents and a couple of guests. A concept that is without equal in this country.
Through the support of the Leipzig located record label O*RS, many interested producers and the huge local beat community the first OverDubClub sampler seems to have the potential, to bring the heed for experimental instrumental music to a new peak.
Format: vinyl, digital
Cat. Number: O*RS LP 001 / O*RS DIG 007
Release: 20.03.2015